Mr. Charney received his undergraduate and law degrees from the University of California at Los Angeles. 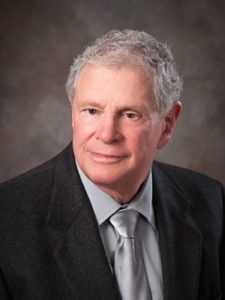 Mr. Charney has received much recognition over the years including Outstanding Young Man of the Year for the Oxnard Junior Chamber of Commerce in 1978, Business Person of the Year for the Oxnard Chamber of Commerce in 1994, receiving the Ventura County Economic Development Association Carl Lowthorp Golden Eagle award for outstanding public service in 1994, 2004 and 2009, and being honored with the first Founder’s Award for the Ventura County Leadership Academy in 2011.

Mr. Charney was born in Chicago, Illinois and raised in the South Bay Area of Los Angeles.  He resides in Oxnard with his wife Marcia.  They have five children and nine grandchildren, scattered from Ventura County to Wisconsin and Maryland.

Mr. Charney is active in the area of land use and environmental law regarding the development and subdivision of real property and represents clients before local, regional and state planning and permitting agencies.